What if food was grown locally and sustainably and treated as a commons? What would it mean to end unsustainable farming practices that are hurting marine life and contributing to climate change?

Beginning in summer of 2011, Steele became involved with a number of building and farm occupation projects in the San Francisco Bay Area including People’s Park, Oakland Spring Rising, Gezi Gardens, Occupy the Farm, and Land Action.  During that time, she worked directly with over a dozen guerrilla farming projects to organize public events, fundraisers, and sustainable farming skillshares.

In spring of 2015, Steele became Development Director of Land Action, a mutual aid organization for adverse possession projects in the San Francisco Bay Area. Steele launched Land Action’s Microfarm Initiative, an effort to transform abandoned lots into arable farmland. While the 100 farms didn’t reach fruition, the project offered a pragmatic exploration of what it would take to re-make our food system as a sustainable, localized commons.

It is possible to rebuild our relationships from the soil up? What if everyone had access to locally grown organic food? 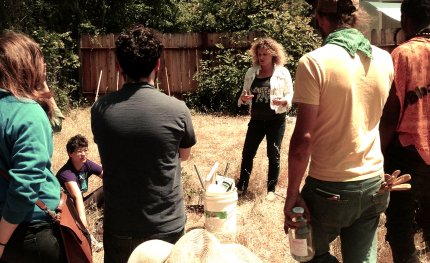 A biodynamic soil-building workshop at an occupied farm in Temescal, 2015. (photo by Alison Moeller)

Art created by Steele as part of the Land Action Microfarm Initiative in 2015. 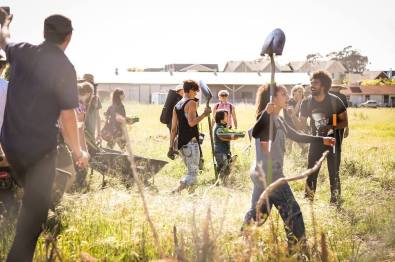 A farm occupation in Albany, CA in 2013. (photo by Brooke Porter)

Working the land at a newly occupied farm in West Oakland, 2015. (photo by Samara Hayley Steele) 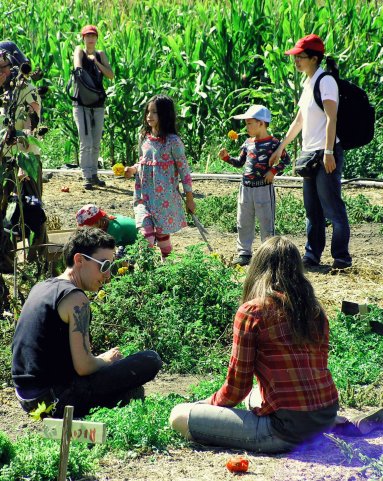 Gardening at an occupied farm in the East Bay, 2013. (photo by Samara Hayley Steele)

Garden beds go in at a farm occupation in West Oakland, 2015. (photo by Samara Hayley Steele)

An occupied farm in the East Bay, 2014. (Photo by David Grefrath)

Planting tomatoes horizontally during a skillshare at an occupied farm in West Oakland, 2015. (photo by Samara Hayley Steele)

Art created by Steele as part of the Land Action Microfarm Initiative in 2015. 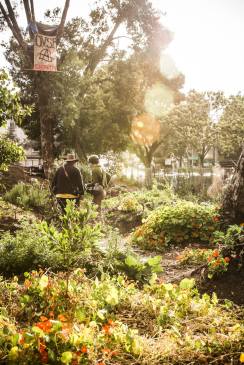